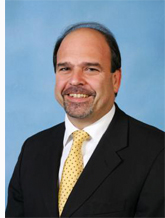 Subspecialty services that this consultant provides:

Prof Hamdy is an international authority on pelvic cancer and is happy to offer specialist advice and management to patients.

Prof Hamdy is Nuffield Professor of Surgery, Professor of Urology and Head of the Nuffield Department of Surgical Sciences at the University of Oxford as well as Honorary Consultant Urological Surgeon at the Oxford Radcliffe Hospitals and Fellow of Balliol College. In 2010, he was also appointed Director of the Division of Surgery and Oncology and the Oxford Radcliffe Hospitals Trust. Prior to his move to Oxford in 2008, he spent 10 years as founding Chair of Urology and Director of the Division of Clinical Sciences, then Head of Oncology at the University of Sheffield. He qualified from the University of Alexandria, Egypt in 1981, and trained in Surgery and Urology at Liverpool, Sheffield and Newcastle.

Freddie’s research activities encompass clinical, translational and basic science programmes on the biology of prostate and bladder cancer, with specific interests in the molecular mechanisms of disease progression, cancer induced bone disease, and cancer epigenetics. He is passionate about providing high-level evidence from clinical research for the management of prostate cancer. He designed and conducts with colleagues the NIHR HTA ProtecT (Prostate testing for cancer and Treatment) study, – the largest of its kind worldwide and is joint PI of the CR-UK and DoH supported Comparative Arm of ProtecT study (CAP) which investigates the benefits of prostate cancer screening. At Oxford, he has established a number of basic science and translational research platforms, and is developing a vibrant multidisciplinary environment for young surgical academics in training. He has introduced robot-assisted surgery, and serves on the NIHR Biomedical Research Centre steering committee. He was the first recipient of the Crystal Matula award from the European Association of Urology in 1996, and the Golden Telescope award from the British Association of Urological Surgeons in 2002. He has been Chairman of the Scientific Committee at the European Association of Urology since 2004, and was elected Fellow of the Academy of Medical Sciences in 2007, and NIHR Senior Investigator in 2010.